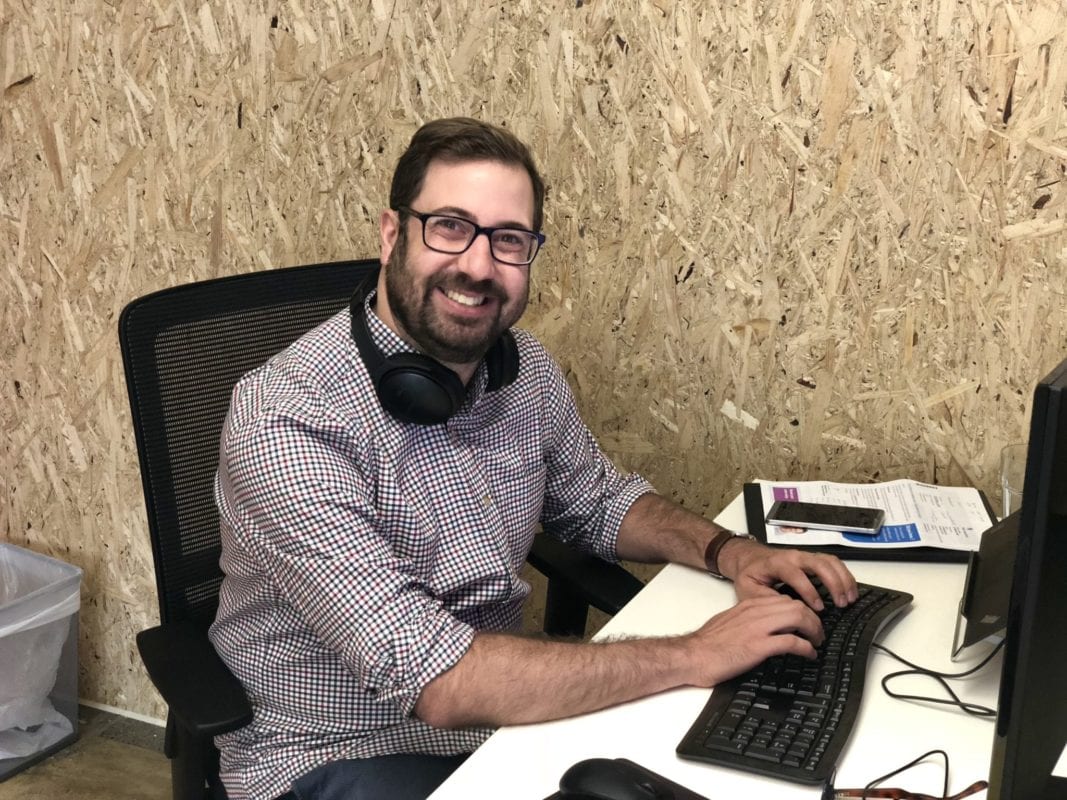 Hi TJ! Tell us what you do at Webfirm?

Hi there! I’m the General Manager here at Webfirm, which mainly means I’m accountable for our clients’ success and the happiness of the people that bring our clients that success. I’ve been in the business for more than ten years, and I’ve had many different roles and worn many different hats, which I think gives me some perspective on what makes a great customer experience and how to squeeze the most out of every digital marketing dollar spent. Day to day, I work through programs to improve our product offering, upskill and cross-skill our staff, and provide technical direction on some of our key projects across both our web design and digital marketing teams.

You’re originally from Perth, what’s one thing Perth does better than Melbourne and vice versa?

This is a really subjective question, but I would have to say what makes both Perth and Melbourne are the seasons. I love Perth in the summertime, being able to get outdoors, go to the beach every day if you want to, and pushing through those 30-day heatwaves. Getting over to Rottnest Island and Sunday sessions in Cottesloe, what a lifestyle! I do have to say though, I love the winter in Melbourne. Never did I ever think I would get to go skiing every winter, but with the ski fields only a few hours drive from Melbourne, I’ve definitely caught the bug! Then there’s the sports culture. Many winter weekends in Melbourne you can see up to three or four AFL games live – if that’s your thing – as well as rugby, soccer, netball, tennis, basketball, the list goes on and on. As a sports nut, it’s addictive.

You have been at Webfirm the longest out of anyone. What is a favourite memory?

Probably back in 2009 or 2010 (I can’t remember when exactly!) the business moved from our offices in Bentley to new digs on Wickham Street in East Perth. Moving office is never fun, but the way we put the space together, the team really got a chance to make it their own. I remember a crew of people doing the demolition and painting and making it a space that we were happy to be in. They were happy times!

What are you most looking forward to this year?

Going to sound like a nerd here, but this year I’m most looking forward to seeing the impact of machine learning on more and more aspects of our digital lives. Google is already applying machine learning to the way it ranks websites, connecting more and more datasets and getting smarter and more sophisticated at understanding the metrics from the use of web pages. In the coming year, I expect this to finally consign those terrible spammy websites you see on the internet to the scrapheap, and everyone’s experience of the web will get better.

But that’s not the only area where machine learning will have a huge impact! As usual, the biggest tech companies in the world have the most ability to throw time and money at these problems, so this is where you’ll see changes first. The in-home voice-activated devices that we’re starting to see (Amazon Alexa, Google Home, etc.) are going to get much smarter very quickly, once they start learning from the inevitable mistakes they make. Through the sheer amount of people using these services, they’ll have mountains of data and interactions to learn from, and people will see the rate of change accelerate dramatically. So exciting!

You’ve had a few drinks and you’re at a karaoke bar – what song would you be singing?

I think everyone who knows me, knows I wouldn’t be the first one up on the karaoke machine. But let’s just say… I’m very partial to a singalong to a little known British band called Muse. Time is Running out, anyone?

What’s your most impressive “go to” meal that you can cook?

I do cook a mean eggplant and anchovy bake, complete with a rocket side salad. It’s almost to the point where I don’t need to look at the recipe…

What game do you dominate when you play it?

Dominate’s a strong word. I don’t actually think I’ve dominated any game in my life! But I am a volleyball enthusiast and still play a couple of times a week, almost 20 years after I first started playing! (now I feel old…)

What would be your dream job if you could do anything in the world?

Going to sound like a primary school kid now, but I’d love to be an astronaut. Going to space, according to the people who come back, is a life-changing experience as you realise how small and insignificant our planet is once you get off it. I’m super excited about what Elon Musk and SpaceX, and the other companies trying to do similar things, might be able to achieve in our lifetimes. Space, Moon or Mars stations for tourists to visit? Sign me up!

BLOG REVISITED: Dash (-) or underscore (_) in your URLs? Being 4 years since we published this blog regarding the...

Digital Marketing Trends To Look Out For in 2019

Core principles like the right messaging for customers will always be relevant, but what about the biggest trends and...

Is your family getting on your nerves?