How Cave Hill Creek Is Succeeding with Webfirm

Cave Hill Creek was established by Ian and Julie Chandler in 1988. A farmer and a teacher, they saw incredible opportunity to create a spectacular lake, group accommodation and function venue on this picturesque parcel of land at the top of the Raglan Valley.

With a passion for hospitality, hard work and a keen eye for the environment, Cave Hill Creek steadily grew. Today Cave Hill Creek is run by second-generation owners Tim and Angela Chandler. It is a year-round operation hosting 10,000 guests annually on camps, walks and weddings.

Cave Hill Creek began looking for a digital agency in mid 2016 looking to expand their online reach, build exposure for their school camp program and bring in more leads for the lucrative wedding market.

Understanding the need for a multi-channel approach, Cave Hill Creek approached a number of agencies specialising in differing areas.

Cave Hill Creek chose Webfirm after discussing a strategy that would involve work across a number of different channels, integrated with a reporting solution that fit their needs. Webfirm’s solution included account management and reporting, a content management solution, an off-page PR/SEO strategy to build awareness, website content optimisation and new content generation, a paid social media strategy, and a retainer to make periodical improvements to the website to boost conversion rates. 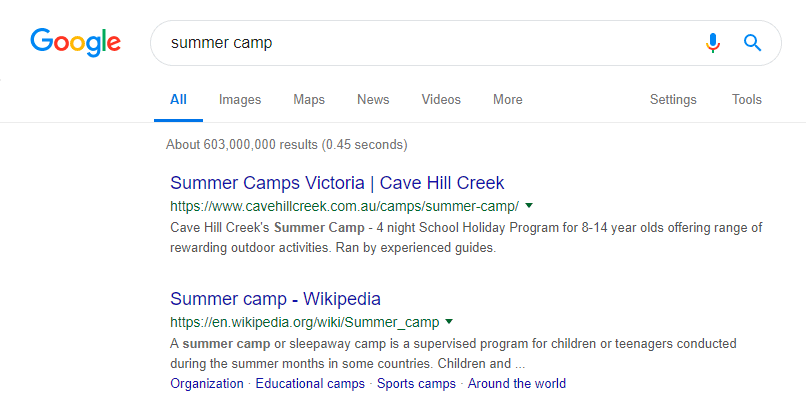 How We Took Action

How we took our long-standing client from good to great.

Cave Hill Creek have seen remarkable growth across a number of key performance indicators since engaging the Webfirm team to implement their digital marketing strategy.

Most of the increase was attributed to the success of the ads campaigns being run through Facebook, as well as refinement of content strategy boosting overall organic results though blogs on and off site. Blog posts in the creative strategy were then posted through the Facebook page allowing for even greater amount of visitors per blog.

Additional tertiary benefit through NAP referral and reset up of the ‘Cave Hill Creek’ Facebook page with appropriate CTAs and guidance on how to post.

Most of the traffic increase is through on page and technical SEO changes to the website. This was later further improved through the new site launch, once launched was easily being crawled by Google, blogs were easily picked up and served higher in the SERP.

Keyword analysis of competitors ensured that Cave Hill was aiming for high volume low competition keywords which resulted in a steady increase of traffic month to month.

+200 changes across all ranking keywords (calculated as ‘Increases to relevant keywords’ – ‘drops in position.’)

Reworking the tracking on the site allowed for more robust recording of primary goals within the site. This addition data formed the basis for expansion into new types of markets and audiences through our channels. Leading to greater ROAS.

Later in the year, as tracking became sophisticated, we added some additional goals. These additions have contributed largely to the large uplift in conversions since Nov 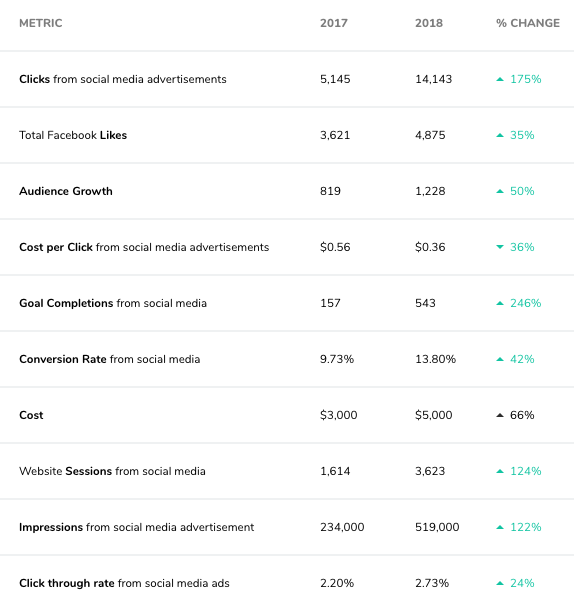 Working with Webfirm has been fantastic. The team is friendly, relaxed and knowledgeable. They have helped us and improve the effectiveness of our online activities across web, search, and social media, growing brand awareness, introducing new customers and increasing engagement. Thanks guys!