Clickbait doesn’t just happen on its own. Editors write headlines in an effort to manipulate, or at the very least grab your attention.

the of the job of the marketer is to fight for your attention: when searching on Google, the content is hidden, but the headline is not. Therefore, the method provided in which a marketer may grab attention is the quality of the headline. While it is Google’s responsibility to ensure that the content of an article is qualitative, the process has not yet been perfected, and thusly, clickbait was given fertile ground to flourish.

On other platforms, the ability to distinguish good from bad content may be less effective. This skews metrics towards “user engagement” signals such as clicks or impressions. These are primarily represented by how effective the headline is, not the content, and reward good headline writing over good content writing. As this phenomenon becomes common knowledge, it becomes normal to associate catchy headlines with success. It’s now ubiquitous in email subject line writing, social media posts, journalism, and more.

However, one responsibility of an SEO is to ensure quality content. This is because Google’s algorithm is sophisticated enough to understand when content is authoritative, matches consensus, or is broad enough to offer a complete picture of a topic. Good content is rewarded by better ranking. So why is clickbait on Google prominent as well? It may be because of the set of headlines for qualitative content, some perform better at attracting clicks than others. This may be due to conditioning from exposure to these other sources of clickbait, or because they take advantage of psychological tendencies such as anticipation or the fear of missing out.

CTR is broadly defined by how many people see your listing and decide to engage with it. It is the same thing as seeing an interesting book cover and wanting to know more about it or enter a store with an appealing shop front. To some extent, these “first impressions” are exercises in branding. This is clear when looking at the headlines and descriptions of prominent brands compared to SEO-driven articles or content. But under the surface, these two different approaches still compete over the same thing: attention.

That healthy competition in a market is important isn’t new. This ability of lesser-known products, brands, or companies to compete for attention is key in promoting diversity and innovation. On Google, bigger brands typically garner more authority and are referenced much more often on other sites. This leaves “micro” metrics as the main lever for smaller companies to optimise their search performance, CTR being one of them.

Assuming rationality, a reader would be able to judge for themselves whether the content is as pictured on the cover. And under this assumption, writing headlines with a good CTR that are representative of the content within is an important skill.

The sad triumph of the ‘listicle’

Umberto Eco, the famed Italian novelist and philosopher, stated that we humans are drawn to lists “because we are afraid to die” – that lists solve an illusion of will, & act as an intermediary between the infinite and the non-existent- a way of exercising control over our lives.

The ‘listicle’ style has proven itself a very effective way of delivery information online. If you spend any length of time (even…like….30 seconds) with a content marketer, they will no doubt tell you that lists are one of the most effective content delivery systems.

To Jennifer Hester, (SEO specialist and account coordinator at Arketi Group), clickbait is only defined as such when an article “over-promises in its headline and under-delivers in its content,” and “preys on users’ curiosity to drive clicks on its links, especially via social media, but doesn’t have rich, detailed content that the user wants.”

In what now appears to be a solemn, timely cry for help, BuzzFeed published an article back in March calling the coronavirus pandemic a “media extinction event,” lamenting that ad revenues were falling off a cliff and journalism was struggling to survive. The company’s financial troubles clearly extend outside the UK and Australia. But the virus is just the coup de grace – the clickbait-driven business model that has come to define even “serious” news outlets has been circling the drain for years.

BuzzFeed was largely known for fluffy listicles and celebrity fodder before it splashed into the “serious news” arena in 2017 with its decision to publish the infamous Steele dossier (better known as the “peepee dossier”) that launched a thousand Russiagate conspiracy theories. Unlike the New York Times and other mainstream publications that also received the dossier, Buzzfeed opted to publish it without trying to verify its salacious claims. Its news division topped themselves with more poorly-sourced Russiagate “scoops,” forcing the special counsel’s office to issue rare public denials. But the facts didn’t matter – they were getting clicks and being taken seriously by the media establishment.

The news-coverage model of “outrage first, facts later” quickly seeped into the ‘legacy media’ establishment, literally and figuratively. BuzzFeed News editor Ben Smith was hired by the New York Times in 2018 and announced his arrival with a cringe-inducing op-ed titled ‘I’m proud we published the Trump-Russia dossier’. The Times and other once-“respectable” papers have scrambled to join BuzzFeed, Vox, Vice, and the other woke-clickbait-merchants in publishing divisive, politically-slanted content in order to maximise ad dollars and shares, figuring the money would just keep coming.

‘Ethical clickbait’ or no such thing?

On rare occasions, even a misleading headline can be used for good ends. e.g. Twitter user and transgender activist Ashlee Marie Preston used clickbait teasing a false celebrity breakup to link to Vote.gov, the U.S. government’s voter registration site. This launched a trend of clickbait for the purpose of getting people registered to vote in time for the 2018 midterm elections-this is good, depending only on where you sit on the US political spectrum…

Clickbait is a symptom of the fast changes communicators have made in the increasingly digital world. Over two-thirds of Australians now prefer to get their news from social media. Therefore, clicks equal money for news organizations on these platforms. With roughly six in 10 U.S. adults admitting to reading only the headlines when consuming news on social media, it is no surprise that even reputable online news sites have had to get creative in order to get page views.

This is why one’s main source of news can be just as guilty of clickbait as obscure websites.

Mohammad Yousuf, Ph.D., teaches journalism and programming in the Gaylord College of Journalism and Mass Communication at the University of Oklahoma. He is a part of the research team which discovered that not only do mainstream media websites use clickbait, but also that their use is increasing each year. According to Yousuf, this trend results in it becoming harder for readers to distinguish between reliable and unreliable news.

“Rising popularity of enticing headlines online is forcing mainstream news media to increasingly adopt this format, which may affect the credibility of hard news as this may make other news organisations and tabloid platforms look similar in the eyes of users”, Dr. Yousuf said.

For example, in December 2016, CNN published an article with the headline, “Intel analysis shows Putin approved election hacking.” Upon reading the article, however, one will find that the article’s sources simply stated that “the use of the advanced tools suggests Russian President Vladimir Putin was involved in the hacks,” but that they knew of no “specific intelligence that directly ties Putin to the attack.”

Another example comes from Fox News, who, in 2011, published an on-air and online story with the headline, “Victory Mosque at Ground Zero?” The headline was tantalising, meant to spark anger in their audience, and ultimately false. What they were reporting on was actually an Islamic cultural centre, not a mosque, being built near the World Trade Center, not at it. Fox readers and listeners would not have learned these facts unless they turned to another source, as Fox never acknowledged this report’s inaccuracies.

While these are just two notable examples, news outlets published hyperbolic and misleading headlines every day. While this type of clickbait is common, it does not come without negative effects.

“It affects the work of SEO practitioners and public relations practitioners as a whole because it devalues the content we spend time consciously and carefully creating for our clients,” Jennifer Hester said further. “It affects what we do negatively because it often garners more attention than other online articles and spoils public opinion on one of our most valuable tactics: writing online.”

Clickbait may have contaminated the mainstream media landscape, but, is it really getting worse as technology advances and the number of media consumers who get their news digitally increases?

Note that sensationalised news (yellow/jingoistic journalism to some), existed long before the internet entered the equation. At its high point in the late 19th century, its negative influence caused significant damage. For example, following an explosion aboard the battleship USS Maine in February 1898, Hearst and Pulitzer newspapers publishers falsely pinned the catastrophe on Spanish forces. Their yellow journalism and warmongering resulted in intense public support for the war. Less than four months later, the U.S. entered war with Spain.

At the end of the day, clicks equal money, but they also lead to measurable exposure, something marketing practitioners are keen on gathering. Even if a client is looking to increase clicks, it is still possible to write enticing headlines while staying true to the marketing professional’s values.

To do this, Hester recommends marketers start strong with a compelling topic.

“By doing a little research into the popularity and search volume on a subject and then generating two to five keywords and keyword phrases that apply, you’ll be ready to produce stronger content than your counterparts already,” she said.

More tips she recommends include avoiding getting penalised by Google for “keyword stuffing,” which is the practice of unnaturally overfilling content with keywords. Hester also highlights the importance of writing content with at least 800 words.

Writing the headline should be the last step in one’s writing, according to our dear friend, Jennifer Hester. This will ensure that the headline “summarises your article and is enticing without overpromising.” and provides a solid function for the text- an amôusè-bouchè before the main meal.

In other words, emotional language and accurate, enticing and controversial statistics and opinions are all on the table, just so long as the work is descriptive, and not deliberately misleading.

In order to ensure a client gets clicks on a blog post or story in an ethical manner, we must avoid the temptation to sensationalise, something that should not be new territory to the moral marketer.

Clickbait is a smash and grab, and is symptomatic of the short-sighted approach that has dominated online media in the first two decades of online behaviour in the 21st century. There’s enough evidence to show that this does not bode well in the long-term, and it’s up to us as marketers, to be honest in our content delivery, and to avoid the temptation to take the duplicitous, but nonetheless easy option.

And, indeed, the issue of the proliferation and short-term success of clickbait is just another example of the same dilemma that writers, and indeed all marketers face in professional lives- to reap the benefits of a well-thought-out, long-term strategy, or suffer the fate of the greedy, who wanted too much, too soon, for too cheap a price. 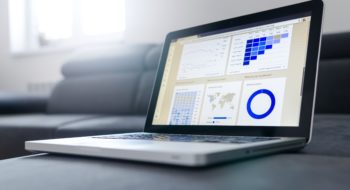 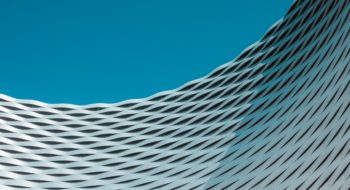 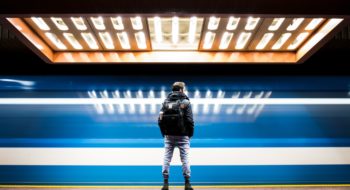